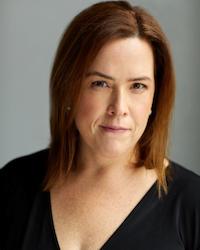 Founding member, Elizabeth “Liz” Crotty, has a varied legal career garnering extensive experience in both criminal law and complex civil litigation. Since joining with her partner, Jeremy Saland, to establish Crotty Saland PC, Liz has handled countless cases and represented both those accused of crimes as well as those who are victims of the same. An aggressive advocate, Liz also knows when zealous representation mandates a more subtle approach. Irrespective of the case, Liz has secured dismissals, declination of prosecutions, and host of successful dispositions in a wide variety of cases including Grand Larceny, Frauds, Assault, Rape, DWI, Weapon Possession and other crimes. If a case requires mitigation or a trial, Liz is prepared to do whatever is ethically necessary to best achieve success for a client. It is this experience and character that resulted in her selection as a Super Lawyer, an honor given to those attorney who have attained a high-degree of peer recognition and professional achievement as a result of independent research, peer nominations and peer evaluations.

Liz began her career at the New York County District Attorney's Office under Robert M. Morgenthau where she served as an Assistant District Attorney in the Trial Division. In that capacity, Liz handled the entire spectrum of crimes. Whether the offenses were "street crimes" such as assault, drug sales and weapons possession or more sophisticated crimes including falsifying business records, identity theft and money laundering, Liz had tremendous success investigating these matters and securing convictions before both juries and judges. While far from an exhaustive list of the offenses Liz prosecuted, the cases she handled included the white collar crimes of scheme to defraud, forgery and grand larceny to violent offenses including burglary, kidnapping and attempted murder.

After serving over four years in the Trial Division, Liz continued her training and expanded her legal skills by moving to the Investigation Division of the Manhattan District Attorney's Office. For two years, Liz prosecuted cases as a member of the Special Prosecutions Bureau. While there, Liz handled and supervised complex white-collar cases that were not merely perpetrated locally, but on a national and international level. Notably, Liz worked on a complex international investigation involving an international organization, banks and foreign governments.

Upon leaving the Manhattan District Attorney's Office Liz worked at a well-known boutique civil practice for over two years. While there, Liz honed her investigatory and litigation skills further while working on complex international litigation. At the firm she handled both State and Federal matters regarding aviation litigation, wrongful death, negligence and product liability. Specifically, Liz worked on cases involving foreign banks, governments, charities, airlines, municipalities, and large corporations. In some instances, these resulted in settlements in excess of a million dollars.

Liz is admitted to New York State Courts, the Southern and Eastern Districts. Liz currently serves as board member for the Manhattan District Attorney’s Association, the not-for-profit official alumni organization for the Manhattan District Attorney’s Office. Additionally, Liz serves on New York City Bar Association’s Judiciary Committee where she and her colleagues evaluate candidates for election, reelection, appointment, reappointment, designation and certification to judicial office and other offices connected with the administration of justice in state and federal courts in City of New York. Liz is also belongs to the Federal Bar Council and previously served on the International Human Rights Committee at the Association of the City Bar.

Jeremy Saland
Contact Us
Practice Areas
Client Reviews
★★★★★
From the moment I contacted Jeremy Saland he inspired trust and confidence. His honesty and extensive knowledge about the court process made me feel like I was in good hands. He helped make a stressful and difficult experience more manageable and tolerable by clearly informing me on the legal steps we had to take and knowing exactly what to expect for our day in court. Thank you for your professionalism and help Jeremy! I will be eternally grateful. Alexandra
★★★★★
I was arrested and charged with Grand Larceny. I was filmed on surveillance camera and the police was trying to find me for several days. Although I had to spend the night in prison/ tombs he was able to set me free the next morning without bail. A court date was set for August but he was able to negotiate with the DA and after only three weeks I had to appear before court, pay a restitution fine and was sentenced with an ACD for a period of 6 months. Alex
View More
Submit a Law Firm Client Review